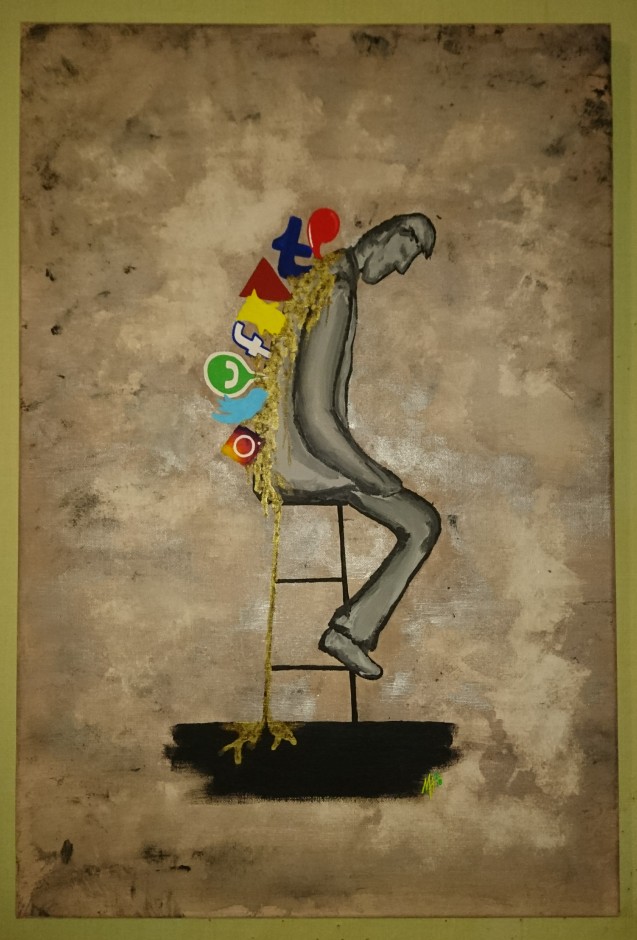 Hiya and welcome back to my arty blog.

In this painting I’m looking at the concept of being stabbed in the back. It’s difficult to depict the concept without showing a physical attack in some way, however when I came up with the painting I was thinking about how modern media has evolved the concept. Instead of being talked about or insulted when you are not around it’s just as easy, these days, to do a lot of the damage via social media platforms. I have been the victim of the typical version of back stabbing as well as the modern social media version, it’s not nice either way. It makes you feel worthless and picked on when you discover what’s being said out of earshot, you start to question your own ability and you become paranoid to boot. Sometimes you need to be discreet, but there genuinely seems to be a breed of person who is that nosy and judgmental that they need to know everything that’s happening and have an opinion about it. As a social entity some people seem to be devoid of the ability to confront problems head on, favoring a more anonymous and protected method of delivery. It would be so much easier and constructive to talk about problems, even if  sometimes that means a heated confrontation. Instead it’s so much easier for them when they are hidden, either not in the same vicinity as the problem or hidden behind miles of cabled internet connections. Being stabbed in the back is a form of aggression and is often bullying, but sometimes people justify it with their own pathetic excuses, protected by the flags they wave or by the ‘rationale’ that governs them or their environment. This kind of person is generally weak, however they’ll continue through life blaming others before looking at themselves and their ability to deal with problems themselves. People that are opinionated and judge mental but lack the ability to do something positive about it are the kind of people that are making this world a sorry place to be in. With social media platforms rife it’s easy to get amplification for hatred. I’m not suggesting that people shouldn’t use social media, I’m using a blogging site and I’d be hypocritical if I pointed all the blame on social media. It’s just a pity that the hatred is being amplified and the people that genuinely have something good, positive, or constructive to say are being overshadowed. Unfortunately people are more excited by conflict that resolution these days. Time to stop ranting!

Painting this was good therapy. I hope you enjoy the painting despite the rant. 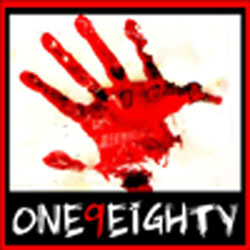